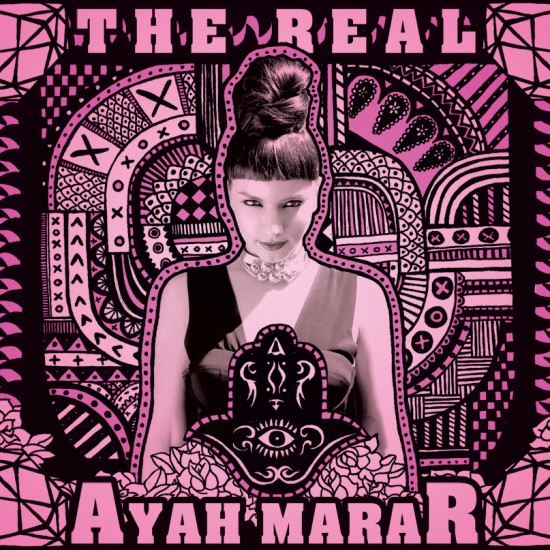 Out now, the “Queen Of Bass” Ayah Marar’s new album “The Real” is now available for purchase on iTunes US/Canada from Radikal Records (http://radikal.com).

Well known amongst the electronic music community in the UK, Ayah’s dedication to her music has earned her the rightful title of “The Queen Of Bass.” Her debut album, “The Real” has been attracting widespread attention and critical acclaim, with a recent Vibe Magazine interview, Music Week featuring her song “Alive” as Track Of The Week, and Ayah winning Best Female Artist at the 2013 Drum And Bass Awards.

“The Real” will be released in the US and Canada via Radikal Records (http://radikal.com) on Tuesday, July 9th, available on iTunes, Amazon MP3, Beatport and other music streaming services. The physical CD will be available from major music retailers with 3 exclusive bonus remix tracks.

Ayah will no doubt be attracting even more attention with her vocal appearance on the latest Calvin Harris single, “Thinking About You,” the last single Calvin will be promoting off his album “18 Months.” The track is already getting major radio play in the US, as well as worldwide, prior to its release on August 5th. Just as people become aware of Ayah Marar from her work with Calvin Harris, they’ll also have the opportunity to discover her as a solo artist, and her passion for dance music.

Dance music is a broad church, but within each parish there’s usually a set of rules. A doesn’t always go with B, and X shouldn’t really mix with Y, but sometimes those rules are meant to be broken or manipulated into odd new shapes. Ayah Marar’s kaleidoscopic debut album, “The Real,” is a case in point: thirteen songs that take inspiration from the underground dance scene, cherry-picking the very best elements of drum and bass, techno and house and bolting them onto well-crafted pop hooks set to shatter dance floors. “It’s an homage to dance music in whatever form, whether it’s garage or two step or house or drum and bass,” she explains.

With seemingly every other new pop star trying to marry a gargantuan dance beat to a pretty melody, it’s a competitive world. The difference here is that Ayah Marar isn’t faking it. She lives the life of an underground dance fiend, of a DJ and MC, of a strong woman in a male-dominated industry. Her two worlds, the underground and the mainstream, have been brought together organically, co-existing in a way that sounds fresh rather than forced. “I’m trying something that I don’t think has been done in the way we’re trying to do it,” Marar states. “It’s what I love to do; it’s trying to find that balance.”