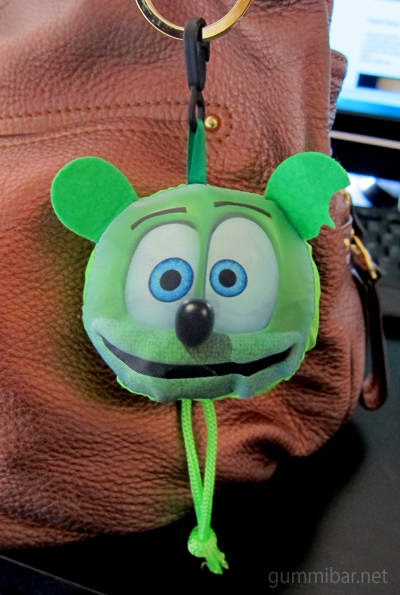 Gummybear International, owners of the Gummibär brand and the animated singing and dancing gummy bear character, are giving away Gummibär reusable shopping bags every day from now until Earth Day on April 22nd. Visit http://gummibar.net for more information.

Gummybear International, creators of the lovable singing and dancing gummy bear character known as Gummibär, are giving away free Gummibär shopping bags every day from now until April 22nd in celebration of Earth Day.

Eco-friendly, the Gummibär shopping bags are green just like Gummibär, and are a reusable, green alternative to paper or plastic shopping bags. The nylon bags easily fold up into a compact pouch shaped like Gummibär’s head. They’re conveniently portable, and can be easily stowed in or clipped onto a bag, backpack or purse.

In order to win a shopping bag, Gummibär fans much first find the question of the day, which will be posted daily on Gummibär’s Facebook,  Twitter and Tumblr pages until the giveaway ends on April 22nd.