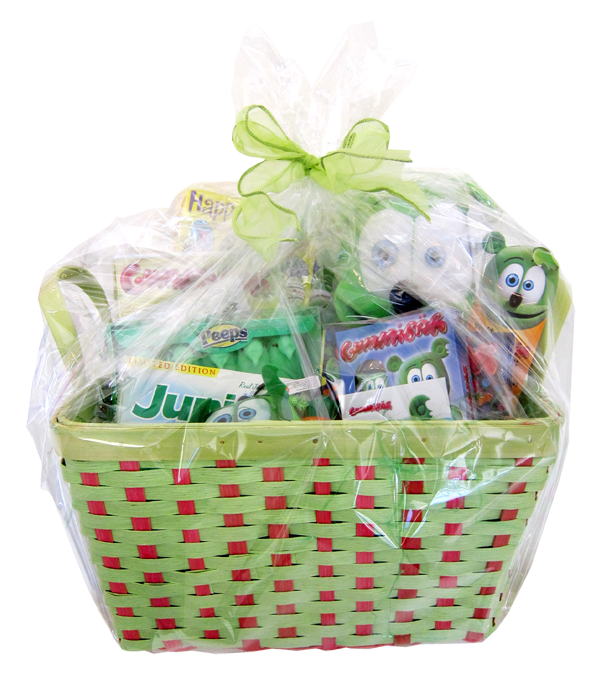 Gummybear International, the creators of the Gummibär brand and animated gummy bear character, are giving away two Easter baskets, each filled with over $70 worth of Gummibär merchandise including rare, hard to find, and sold out plush toys.

The 2nd annual Gummibär Easter Basket Give Away has been announced on http://www.gummibar.net. Two lucky Gummibär fans will each win a beautiful, Gummibär themed Easter Basket filled with Gummibär merchandise and delicious Easter goodies.

Each basket is filled with over $70 worth of Gummibär merchandise, including a rare plush toy, a USB flash drive, DVD, CDs, shopping bag, mouse pad, and stickers, plus a random assortment of Easter candy and treats.

To be eligible to win this year’s Easter Basket Give Away, Gummibär fans need to be sure to do two things. First, they must be sure to sign up of the official Gummibär Email Newsletter, if they have not already. A subscribe form for the newsletter can be found on http://gummibar.net. Secondly, fans must leave a comment on the Easter Basket Contest announcement page on gummibar.net and be sure to use the same email they used when they signed up for the newsletter.

All Gummibär fans that fulfill both requirements by 12 Noon EST on March 18th will be eligible to win. The winners will be notified by email sometime during the week of March 18th.

The first Gummibär videos were posted in 2006 and since then the character has grown to be immensely popular around the world. The official YouTube channel for Gummibär today has over 1.5 billion documented views and continues to average about 2 million views every day. The Gummibär YouTube channel also ranks as the 27th most viewed musician of all-time and is the 67th most viewed channel of all-time. The character’s songs have been released in over 40 different countries and in over 27 different languages. Gummibär has received Sales Certification Awards in over 8 countries, including one for going 96 times Platinum on Universal Records in Greece with its premier album “I Am A Gummybear,” despite the country’s adverse economic conditions. The musical success of Gummibär has also lead to extensive merchandising lines throughout the world, including very popular ones in Greece, Poland and France.

Gummybear International is engaged in the creation, development, and branding of animated entertainment properties, as well as musical content based on and produced for such properties. It markets and sells recorded musical and video products in various physical formats, such as compact discs and DVDs, and digital formats, such as downloads and ringtones, through a worldwide network of established distributors and licensees. The company’s music publishing segment owns and acquires rights to musical compositions, markets these compositions, and receives royalties or fees for their use. It also is actively developing mobile and computer based games and exploiting merchandising rights for its brands in cooperation with a variety of licensing partners. GBI is working on a number of film and TV projects. The company is headquartered in New Jersey. For more information, visit the Gummybear International website at http://www.gummybearinternational.com/.