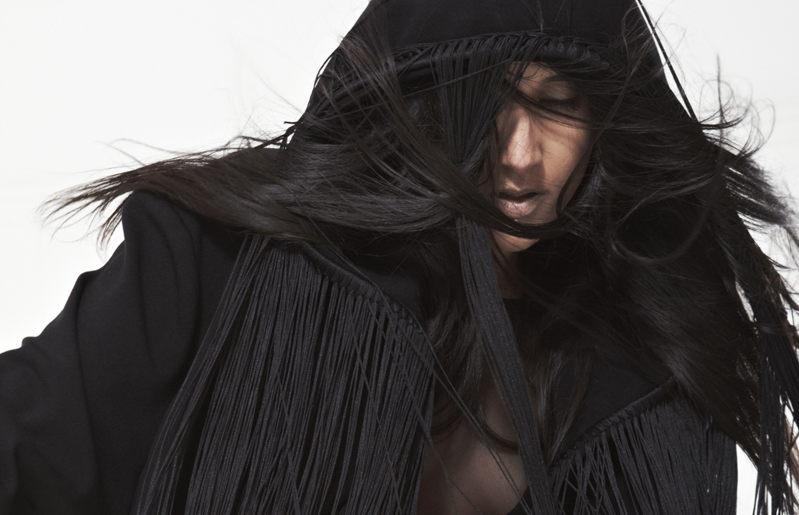 Salt Ashes’ first single “Somebody” will be released in digital format on January 14th via Radikal Records. Visit http://www.radikal.com for more information.

Emerging singer Salt Ashes, aka 22 year old Veiga Sanchez, announces her debut single “Somebody,” set for release on January 14th on Radikal Records via all major digital outlets, including iTunes, Amazon and Spotify.

On “Somebody,” Salt Ashes brings to life the imaginings of Kate Bush dancing in a haunted Studio 54 to electronic pulsing grooves and lyrical escapism “Somebody take me… away.” “Somebody” is complemented by the B-side “Little Dove,” a jewel of a track with fragmented, brooding vocals. The package is tied up with UK Dj/Producer Cruelty’s soulful, slick italo-disco remix of the original “Somebody.”

A special edition 12″ vinyl single is also planned for release some time in February or early March. Only 1,000 units will be produced of this sure to be collector’s item, with limited distribution in the US and UK. Fans can check the Radikal Records for news regarding the release of the vinyl single.

Obsessed with Giorgio Moroder’s blend of disco and epic dark atmospheres, Salt Ashes first sprang to attention with her cover of Depeche Mode’s “Black Celebration.” Salt Ashes has spent the past year honing her own songs in the studio, creating her signature electronic grooves, and drawing influence from artists as diverse as Madonna, Kate Bush, Daft Punk and MIA.

“Somebody” is just the first taste of this young talent, Salt Ashes, who will be releasing her first full length album sometime in the summer of 2014.