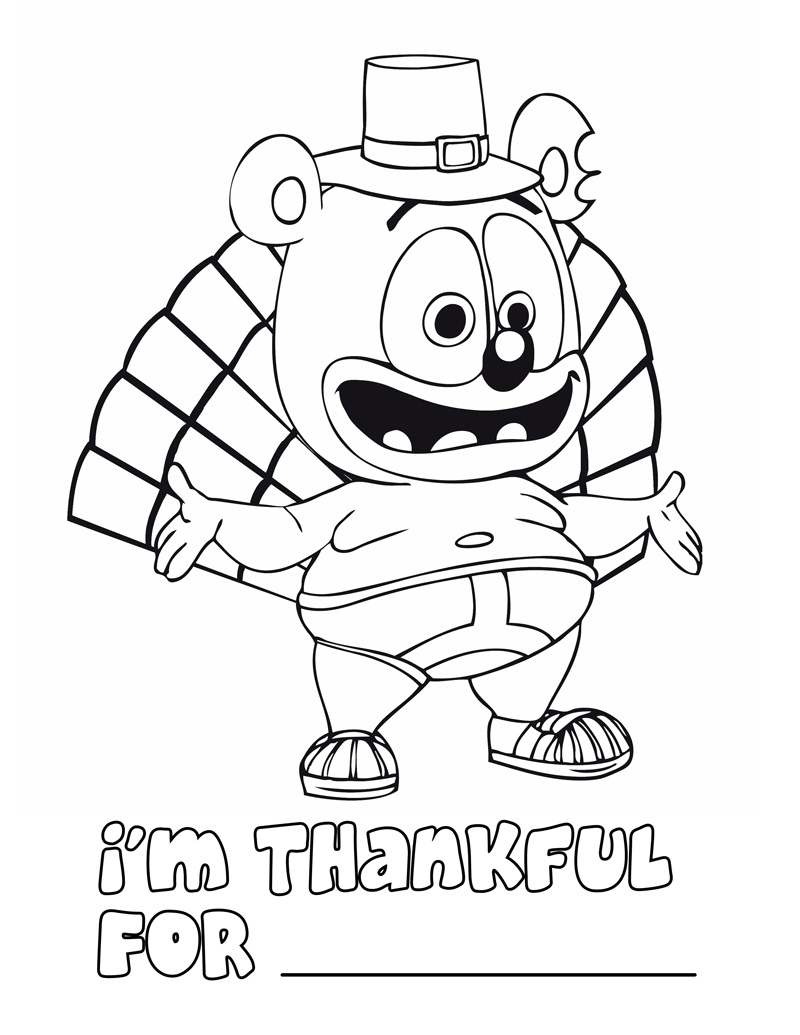 Www.gummibar.net has announced a Thanksgiving Coloring Page Contest. Gummibär fans can download a special Thanksgiving coloring page and then post their work for a chance to win a brand new Gummibär Plush Toy (plus free shipping) from the http://www.gummybearshop.com/.

To enter the coloring page contest, Gummibär fans need to go to http://www.gummibar.net where they can download the special Thanksgiving Coloring Page in PDF format. Once the page is printed and colored, contestants must post a picture or a scanned image of the coloring to Gummibär’s Facebook wall (http://www.facebook.com/funnygummy) before 3:00 PM EST on Monday, December 2nd, 2013.

Two lucky winners will be chosen: The Facebook post with the most likes and one other winner via a random selection process. Both winners will receive a cute and cuddly Gummibär Plush Toy.

About Gummibär: The first Gummibär videos were posted in 2006 and since then the character has grown to be immensely popular around the world. The official YouTube channel for Gummibär today has over 1.5 billion documented views and continues to average about 2 million views every day. The Gummibär YouTube channel also ranks as the 27th most viewed musician of all-time and is the 67th most viewed channel of all-time.

Gummybear International is engaged in the creation, development, and branding of animated entertainment properties, as well as musical content based on and produced for such properties. It markets and sells recorded musical and video products in various physical formats, such as compact discs and DVDs, and digital formats, such as downloads and ringtones, through a worldwide network of established distributors and licensees. The company’s music publishing segment owns and acquires rights to musical compositions, markets these compositions, and receives royalties or fees for their use. It also is actively developing mobile and computer based games and exploiting merchandising rights for its brands in cooperation with a variety of licensing partners. GBI is working on a number of film and TV projects. The company is headquartered in New Jersey. For more information, visit the Gummybear International website at http://www.gummybearinternational.com/.